Ep 43: Mantras, Molecules, Sex and the Sacred with Dave Stringer Dave Stringer is a Grammy-nominated producer, singer, composer, writer, and teacher who has been widely profiled as one of the most innovative artists of the modern Yoga movement. His work engages the traditions of yoga philosophy, chanting, and meditation with the language and methods of neuroscience, translating them into modern participatory theatre, open to a multiplicity of interpretations and accessible to all. Dave is an articulate and inspiring public speaker, and is featured in the upcoming documentary film Mantra: Sounds Into Silence. He has toured extensively, leading concerts, workshops and retreats all over the world.

This call includes powerful and practical teachings, and live answers to listeners’ questions.

Enter your details so you never miss a show!

delivered to your inbox. 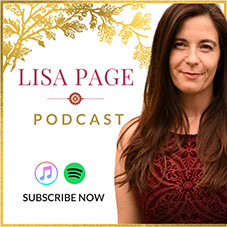 Join us inside EmbodyShe for the next live Virtual Retreat – 28 January, 2021  ||  Click here  for more info